Vita duvans lament is a multichannel audiovisual installation for Luleå Biennial, one of the oldest international art biennials in Scandinavia, taking place in Norrbotten, the northernmost region in Sweden.The installation will open with limited capacity from the 21st of November 2020, and run until the beginning of February 2021. 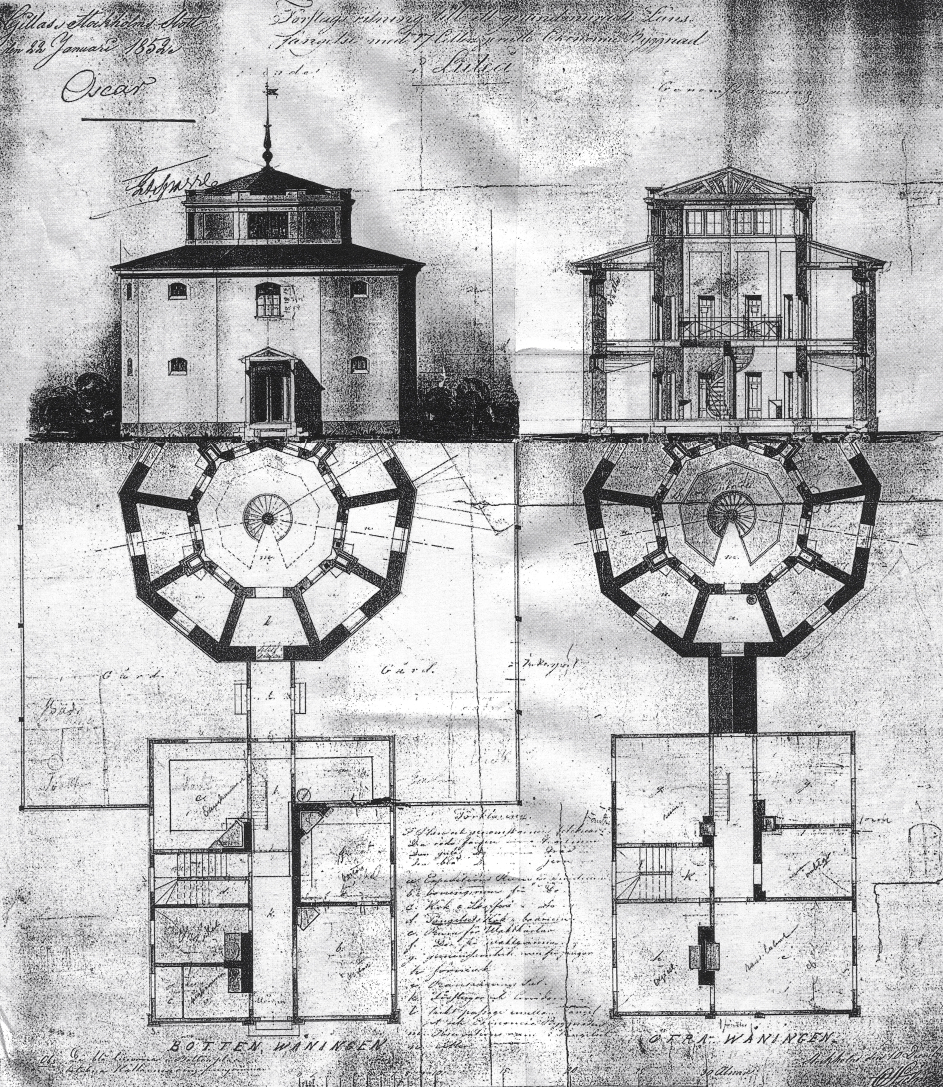 Vita Duvans Lament combines light and electronic sounds with a recorded vocal cycle, specifically composed for the cell prison Vita Duvan (The White Dove) in Luleå. The cycle is composed based on the imagined individual voices of the inmates, represented by loudspeakers placed in the various cells of the prison. Together they form a slowly evolving melodic weave, the voices striving to express a common experience. Each voice strives for this commonality, but is hindered by the forced isolation of the prison architecture. The periodical circulation of amber lights directed both inwards from the prison cells and outwards towards the prison tower are reminiscent of the cyclical shift between daylight and darkness.

Vita Duvan in Luleå is the only Swedish prison built with inspiration from the British philosopher Jeremy Bentham's Panopticon. The circular prison structure with its central monitoring site was meant to create a sense of invisible omniscience whose main function was to make the inmates aware that they could be constantly monitored, without having any way of checking if this was the case. From the opening of the prison in 1856 until its closure in 1979, prisoners were detained for, among other things, theft, perjury, drunkenness, domestic violence and vagrancy. Over the years, more than fifty-four women stayed in prison charged with child murder, a crime that needed to be atoned for by beheading and burning at the stake.

How is a consciousness affected by the sensory deprivation that an isolation cell entails? In Vita Duvans Lament Maria W Horn is trying to imagine the experience of the individual prisoner, whose first three years were often spent in total isolation, during which all contact with other prisoners was strictly forbidden. The silence and uncertainty, the scarce space whose only indication of the passage of time is the cycles of daylight. Prisoner biographies and interrogation records testify to how the inadequate nutrition, thin air and total absence of stimulation forced the prisoners to develop strategies to stimulate the brain to avoid suffering from psychosis.

Through the extensive reform of the Western penal system from the 18th century onwards, the former corporal punishments of torture and death, as well as punishments of shame and public humiliation were replaced by new technologies for social control through spatial isolation and surveillance. The interior of the cell prison was seen as an efficient and silent machinery, through which the isolation - a nightmare for the soul - would gradually bring about an inner change of the prisoner.


The vocal cycle is sung by Sara Parkman, Sara Fors, David Åhlén & Vilhelm Bromander. David Granström has developed a custom application for audiovisual syncing of the lights. Thanks to Genelec for lending me loudspeakers, and to Anton Andersson, Eric Sjögrén and Erik Berg for lending me lights.

In August of 2016 Maria W Horn and Mats Erlandsson traveled to Balada in the Terres de I’Ebre region of Catalonia, Spain, for a two-week residency courtesy of the Eufonics festival in collaboration with EMS.
The geographical characteristics a visitor first encounters in the Terres de I’Ebre delta are defined by the development of industrial agriculture. Endless rice fields stretch through the flat landscape, framed by canals of water to sustain growth. Even the air is saturated with a vague scent of rice. This transmutation of the soil impacts the sonic environment, the buzzing of the irrigation system, the hypnotic constant chirping of crickets, the loud bang from the water pump that echoes through the delta at regular intervals.
Taking the opportunity to collaborate on a project specifically made within the context of the aural environment they found themselves in, and using the resources available to them, the pair decided to make a musical work based entirely on field recorded material transformed through extensive digital editing and processing. Working quickly in the isolation offered by the residency they recorded found material at night and spent the days shaping these recordings into four compositions that move on a dense continuum between drone, noise and generative music all imprinted with the textural characteristics of the immediate surroundings of that time and place.
Through the four compositions the work shows a sonic imprint of an environment shaped by human hands over an almost endless period of time, as heard through the ears of two transient visitors processing their sliver of time in the area as it was unfolding to them. The resulting music was performed in concert during the Eufonics festival of 2016 and was originally released on cassette tape by XKatedral in 2017 under the moniker Dufwa. The video is made using parts of a documentary film about the area, made in 1962 by Joan Capedevila Nogués.

The premiere performance of Dies Irae, for female voices and synthesis sung by Lumen Voices and recorded in the Eric Ericsson hall in Stockholm, may 30th 2020. Thanks to Lumen Project Stockholm for making this come together in such a beautiful way. The whole streamed event is avaliable at Lumen Projects website. Dies Irae is a latin poem describing the last judgement, the time when the souls of men are summoned for a final divine judgment and the unsaved are cast into eternal flames.

That day of wrath / that dreadful day / shall heaven and earth in ashes lay. Full of tears and full of dread / is that day that wakes the dead / calling all with solemn blast / to be judged for all their past. 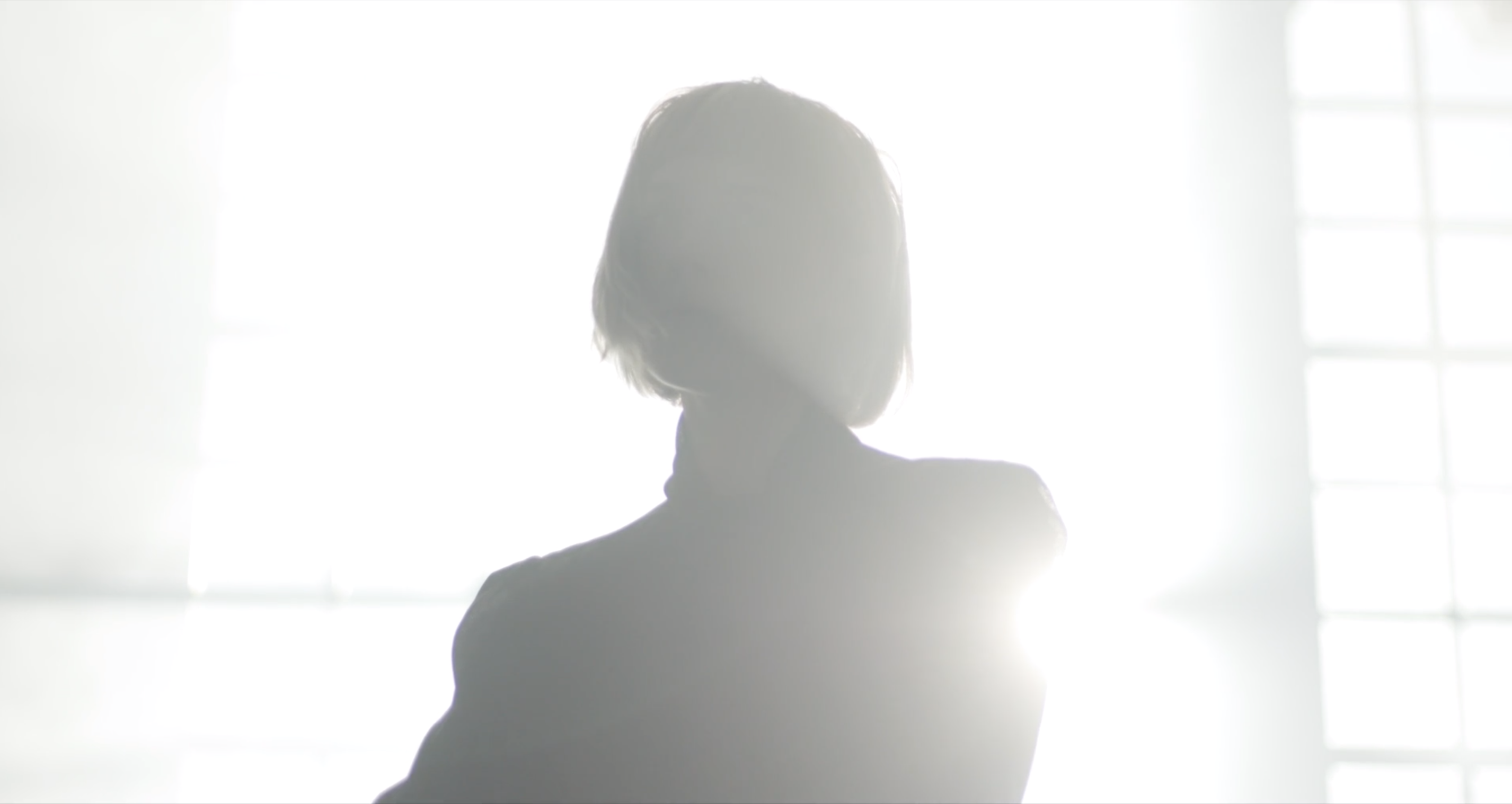 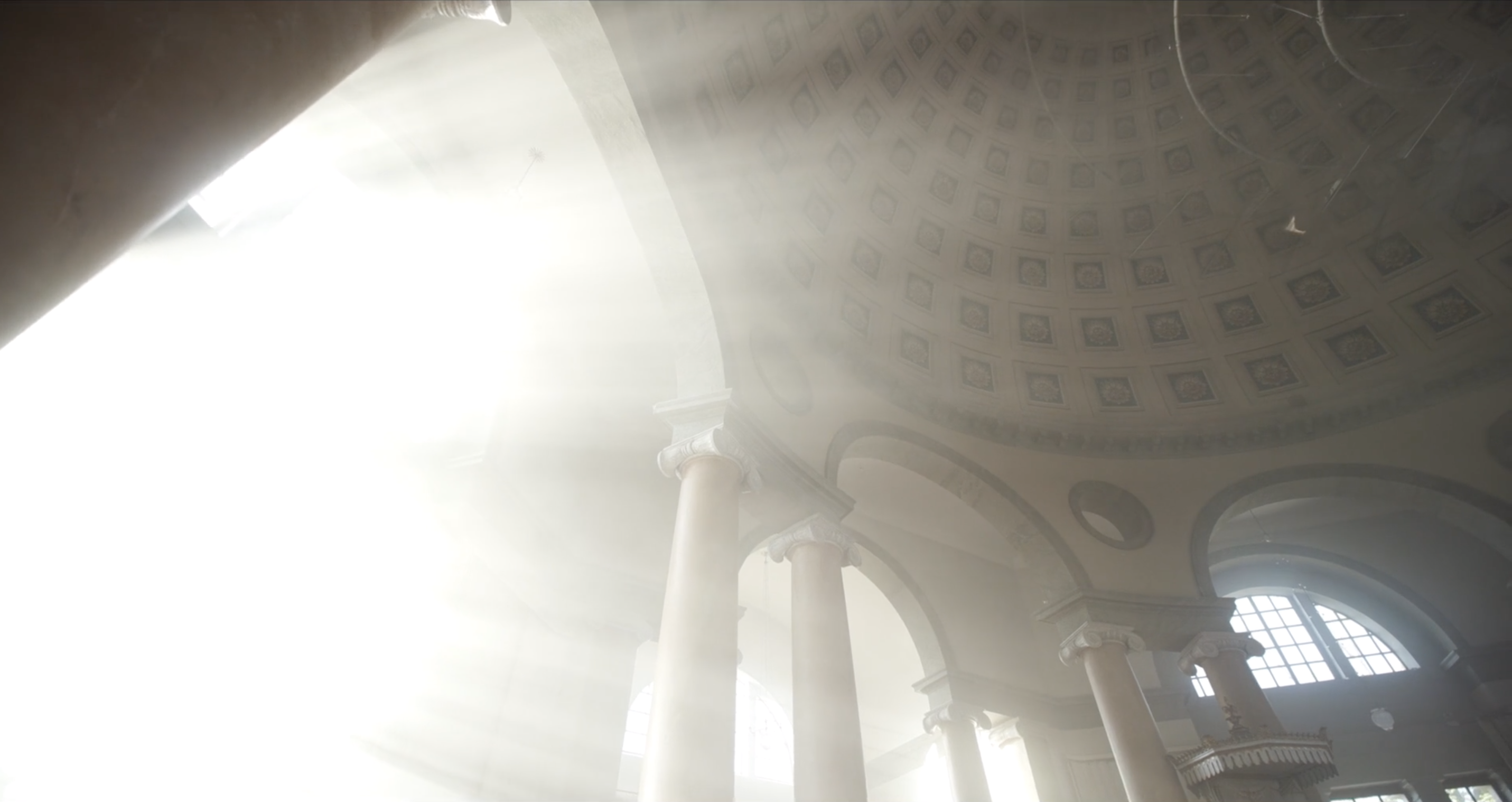 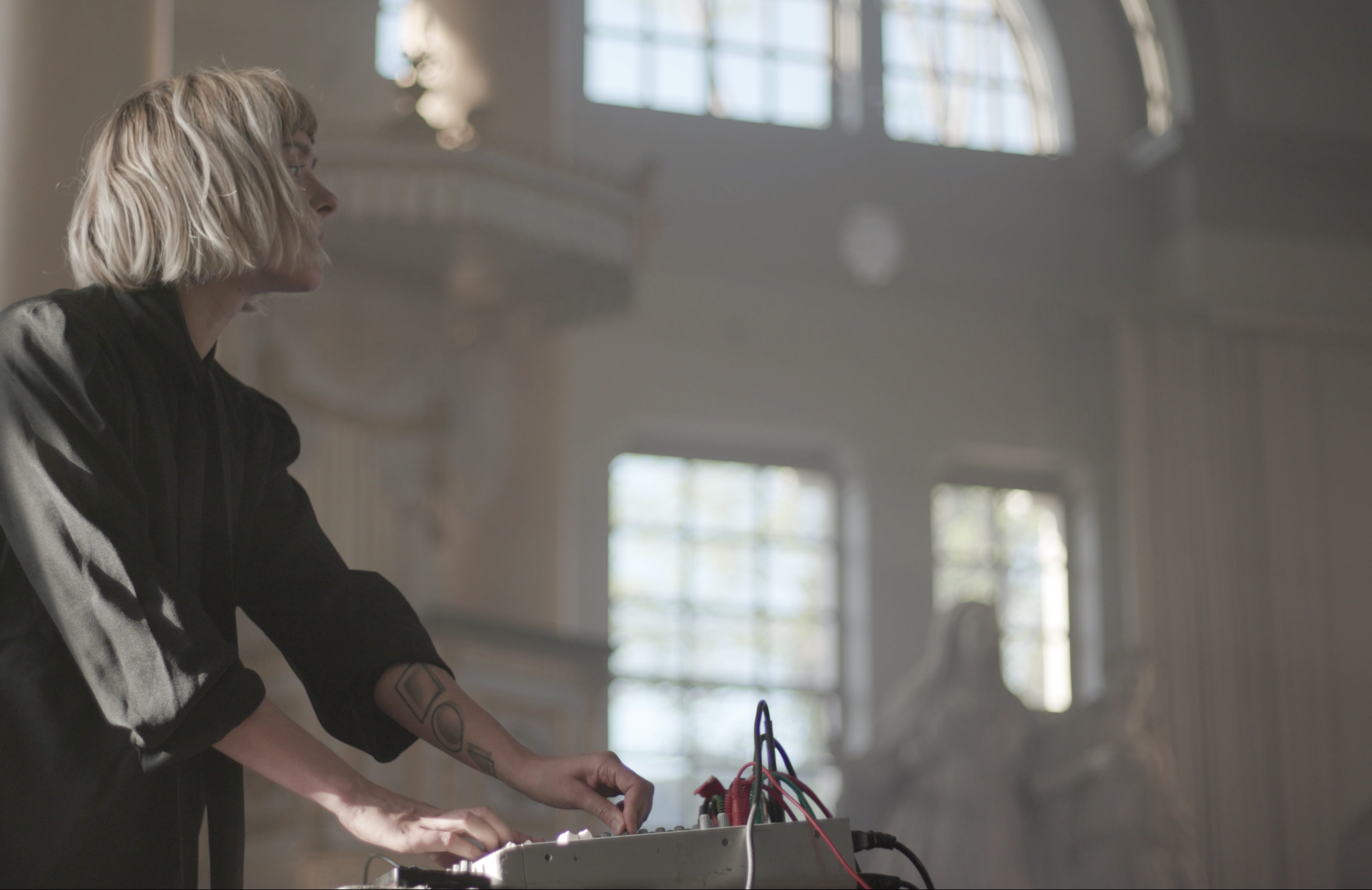 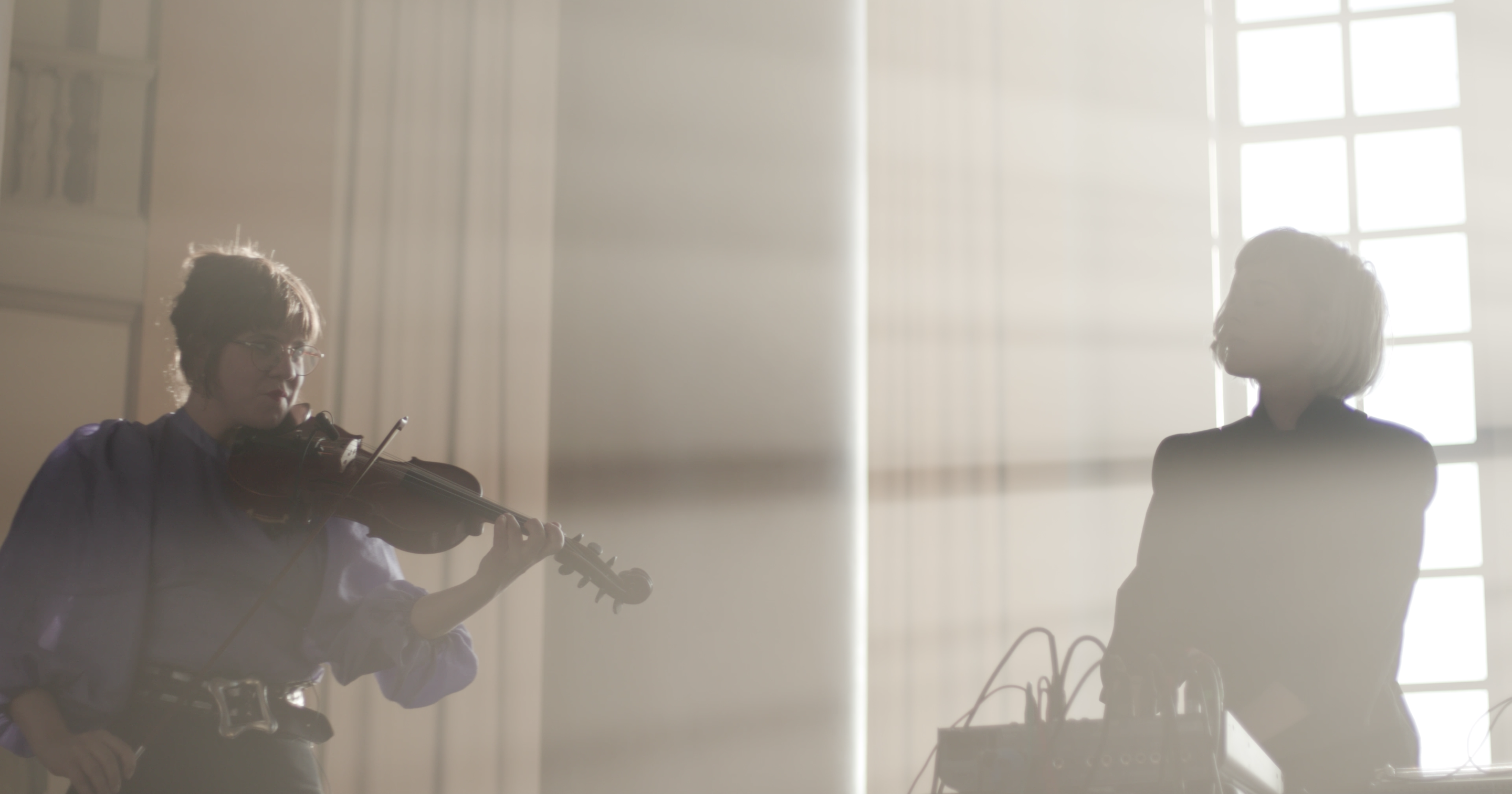 Epistasis is an eight-voice double string quartet – in performance four parts are played by the string quartet and four parts are played back electronically. Using various amplification techniques the spectral characteristics of the string instruments are enhanced and distorted, resulting in a blending between the acoustic and electronic layers. Epistasis utilizes evolving progressions in F minor, the idiom being inspired by the sound and harmonic structure of doom and black metal music from the early nineties. Consequently, feedbacking electric guitar overdubs were merged with the electronic part while mixing the piece.
Epistasis was commissioned by Konstmusiksystrar and premiered by Malvakvartetten at Konserthuset in Stockholm 2018. The piece was released on vinyl by Hallow Ground in october 2019. 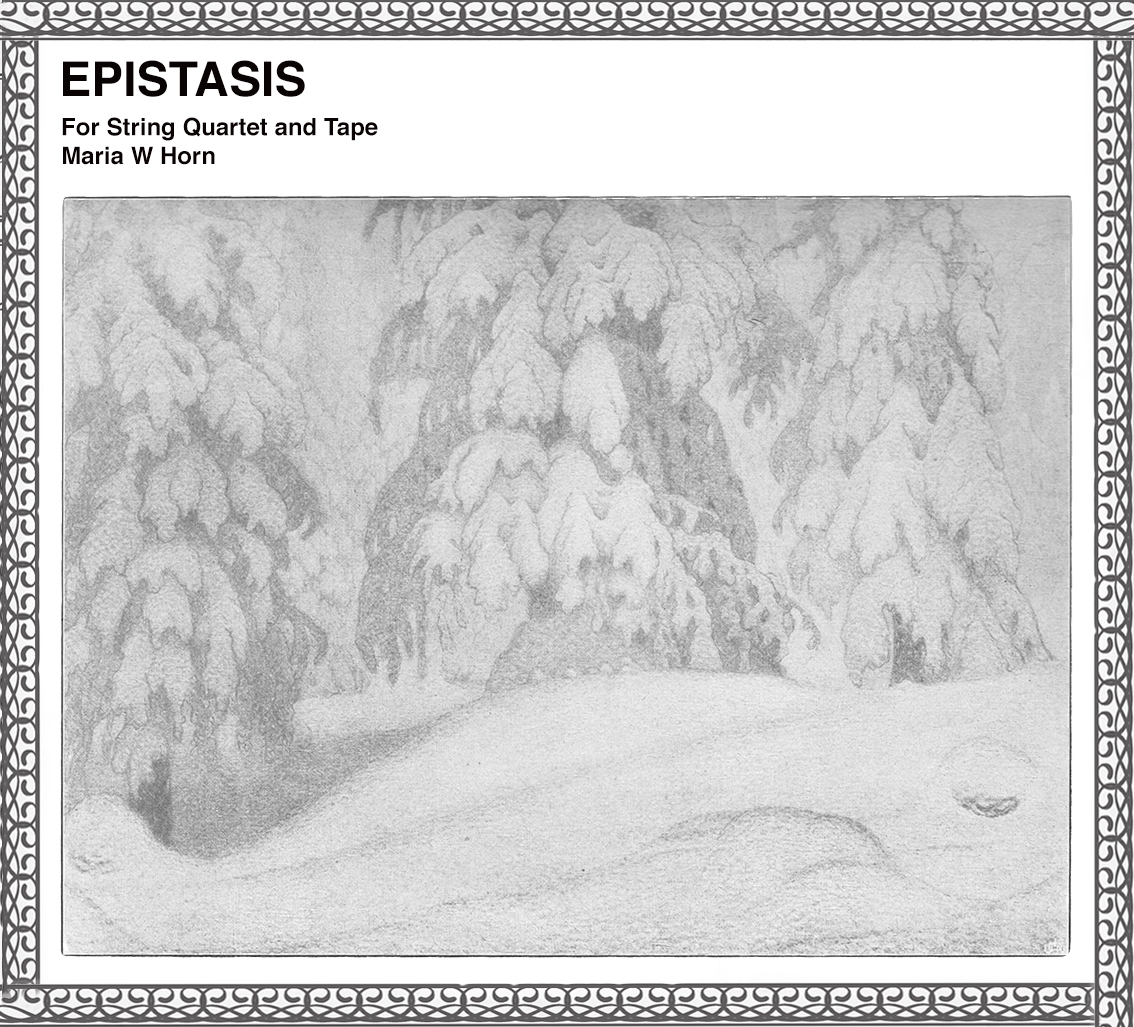 Alternating Currents is an intermedial electricity concert choreographed and performed by Maria W Horn, Stina Nyberg and a frequency-controllable Tesla coil. The concert is one part of a long-term obsession with the inventor Nikola Tesla and the early 1900’s phenomena of touring electricity shows. Through flashing lightning bolts, the Tesla coil creates a sound which resembles distorted trance synths threading piercing melodies through ozone-filled air. In combination with dialogues reflecting on science, magic and electrocution, the concert creates a womb-like atmospheres with the lingering threat of bodily harm. 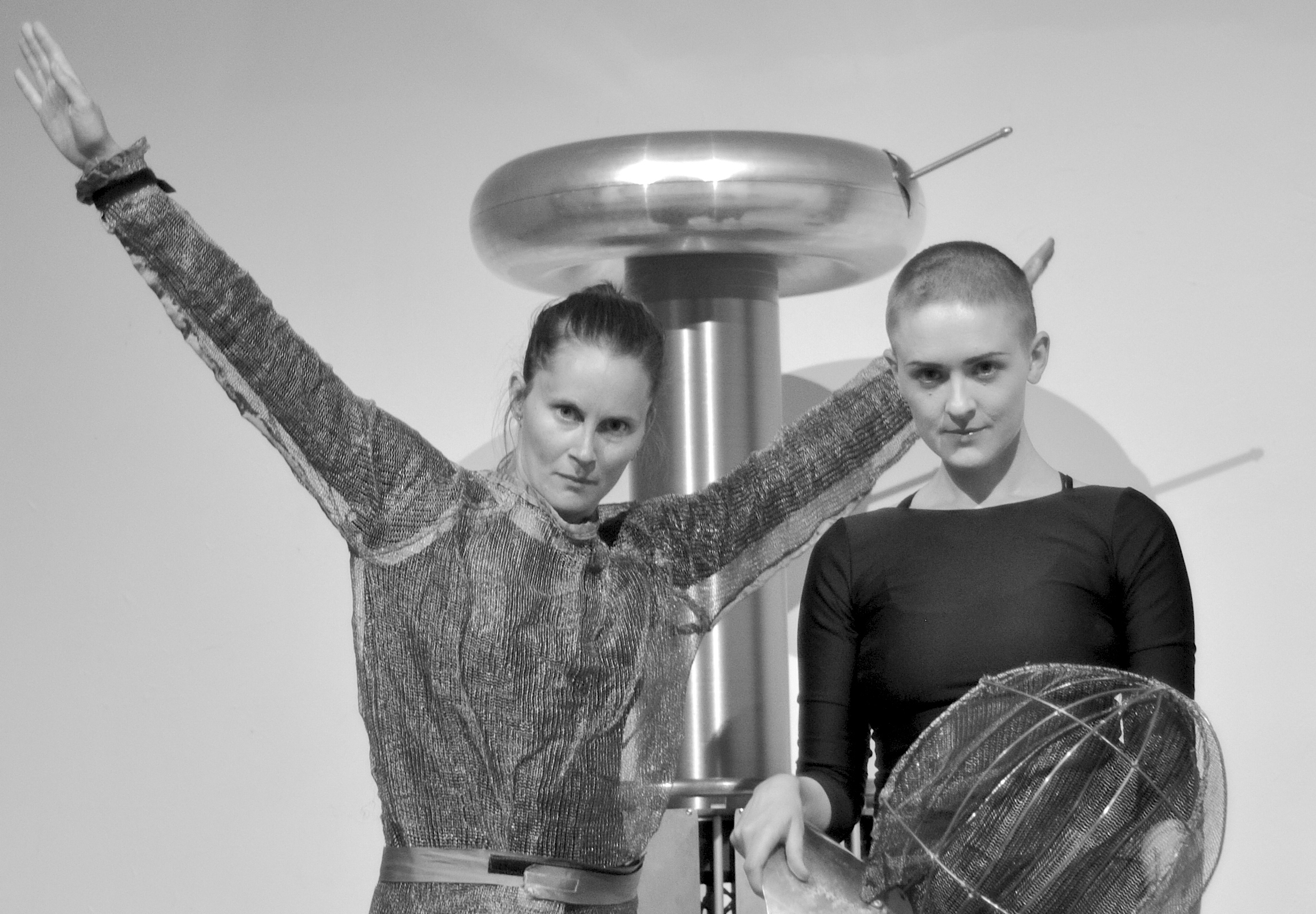 Interlocked cycles is an audiovisual piece in eight voices of synchronised sound and lights. The audio is generated within the Supercollider framework using phase modulation synthesis. Using linear progressions of density and tempi, the compositional process explores a gradual acceleration in aural and optical patterns. 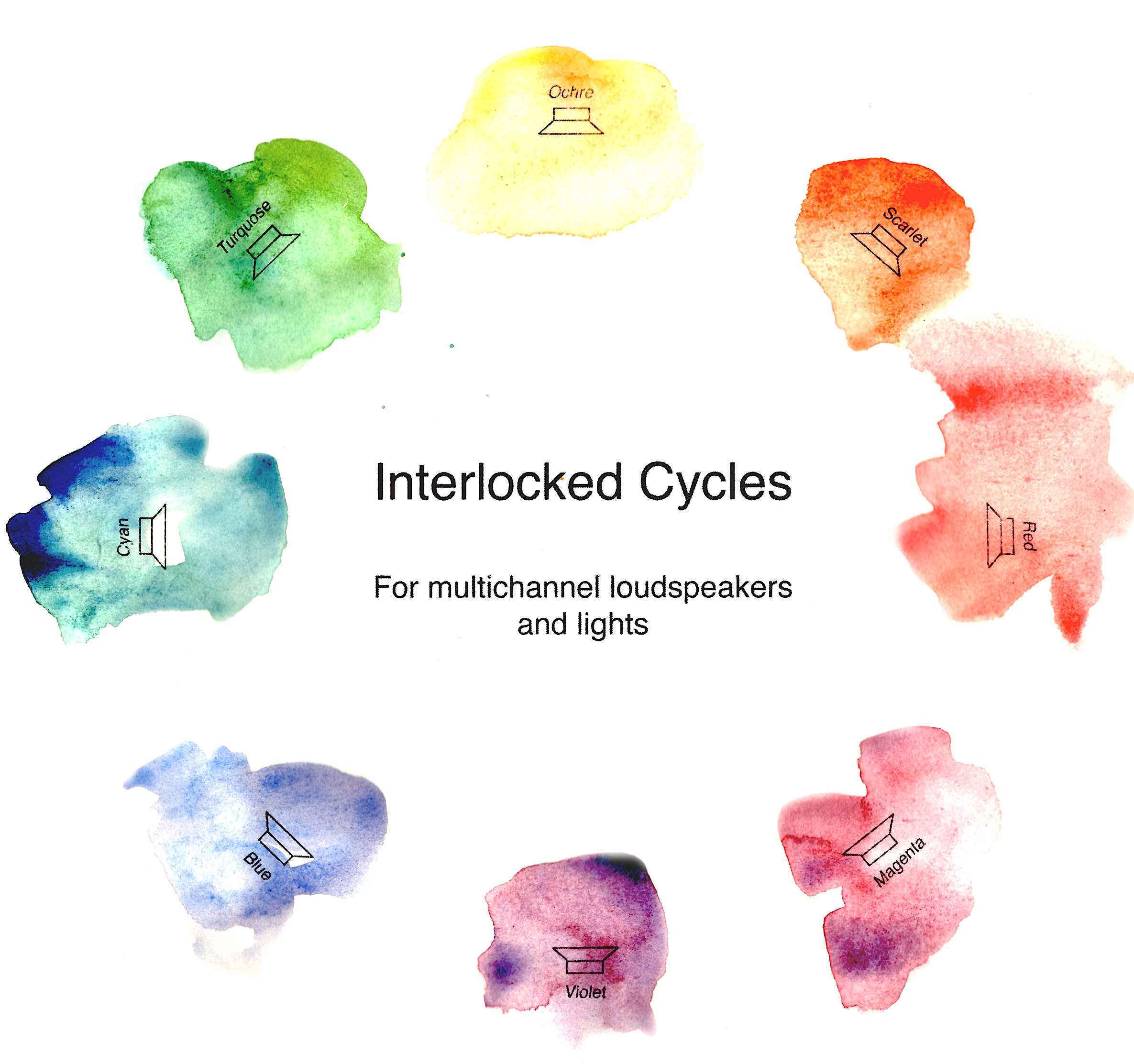 Thunderstruck is an intermedial electricity show choreographed and performed by Stina Nyberg, with music composed by Maria w Horn. The composition process included working with a frequency-controllable Tesla coil; an electrical resonant transformer circuit used to produce high-voltage, low-current, high frequency alternating-current electricity, originally invented by Nicola Tesla.
Thunderstruck departs from the 19th century phenomena of touring electricity shows. At a time when electricity was still a scientific novelty it was displayed in public performances as acts of magic. Today, an heir to the electricity magic show is the Tesla coil performance, making use of the spectacular sound and light effects the coil produces.

Ångermanländska Bilder is an Audiovisual Piece that was commissioned by the Art Museum in Härnösand in 2017. The commission was part of a larger project where several composers and visual artists with connections to the area were invited create something based on material found in their main collection - Quistska samlingen. Maria w Horn has been using Super-8 footage that depicts the environment of Ångermanland from 1930-1940. The video is a sort of documentation over the the manor houses of the rural community, the steamboats transporting timber along the river, also their sawmill before and after its closure. The piece is composed using the EMS Buchla 200, a reel to reel tape machine and archival field recordings.

Ljudskogen is an interactive installation commissioned by the Swedish Museum of Performing Arts.
It was constructed in collaboration with the KTH Royal Institute of Technology in Stockholm and I was invited to work on the audiovisual composition. The installation consists of five interactive synthetic strings which form an audiovisual installation that also serves as an instrument. The audio design consists of live-generated audio synthesis using motion-data from the plucked strings to trigger sound. Each string has a selection of frequencies that are all multiples of the same fundamental tone. Each time the string is plucked a randomly chosen frequency from the selection is triggered. Thereby the sound in the room always consists of a five note chord derived from the same fundamental that changes character whenever new multiples are triggered.
The instrument consists of a custom built phase synthesis patch tuned in just intonation developed using the SuperCollider programming language/synthesis engine. The degree of modulation, ADSR, feedback as well as several other parameters are affected by the the incoming interactive data. In the floor beneath each string are vibrating subsonic plates that adds haptic feedback from the instrument. The LED lights are designed to follow the sound and reinforce the strings current state. 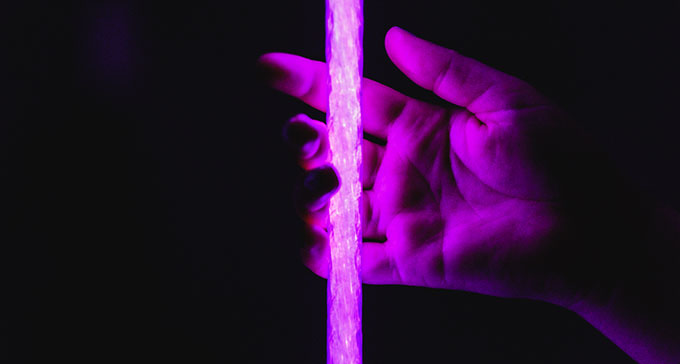 DESERTED BUT NOT UNINHABITED

Deserted but not uninhabited is an audiovisual composition commissioned by the Swedish Radio for Arts Birthday party 2016. The musical structure is built as a palindrome, exploring the auditory illusions of decaying shephard tones, bowed piano strings and trance gates. The piece is inspired by past visions of human colonization of space, visualized on early Super-8 science fiction movies like Cat Woman of the Moon, Voyage to the Planet of Prehistoric Women, queen of outer space. By manipulating the video in different ways, from physical manipulation of analogue tape to digitalization and processed by modern video editing tools, the very grit and artifacts makes visible a historic lineage of technological evolution.

CD-R / Cyanine is an audiovisual piece originally composed for multichannel sound, commissioned 2015 by Audiorama, Stockholm. In this piece the harmonic spectrum of the synthesis is divided into several layers and given different attributes in terms of physicality: the lower frequency layers contain a higher grade of stability, while the rate of change gradually increases further up the frequency spectrum. The audio material has been recorded onto CD-R discs, which then where scratched, using the resulting glitches as a contrasting accentuation in the piece. The visual part contains two simultaneously displayed close up videos of liquid experimentation using Cyanine fluorescent dyes and CD-R discs reflecting light.
To create reverberation I have used impulse responses from the old radio tower Taufelsberg in Berlin, recorded during my year of exchange studies at Univärsität der Kunste in 2014. 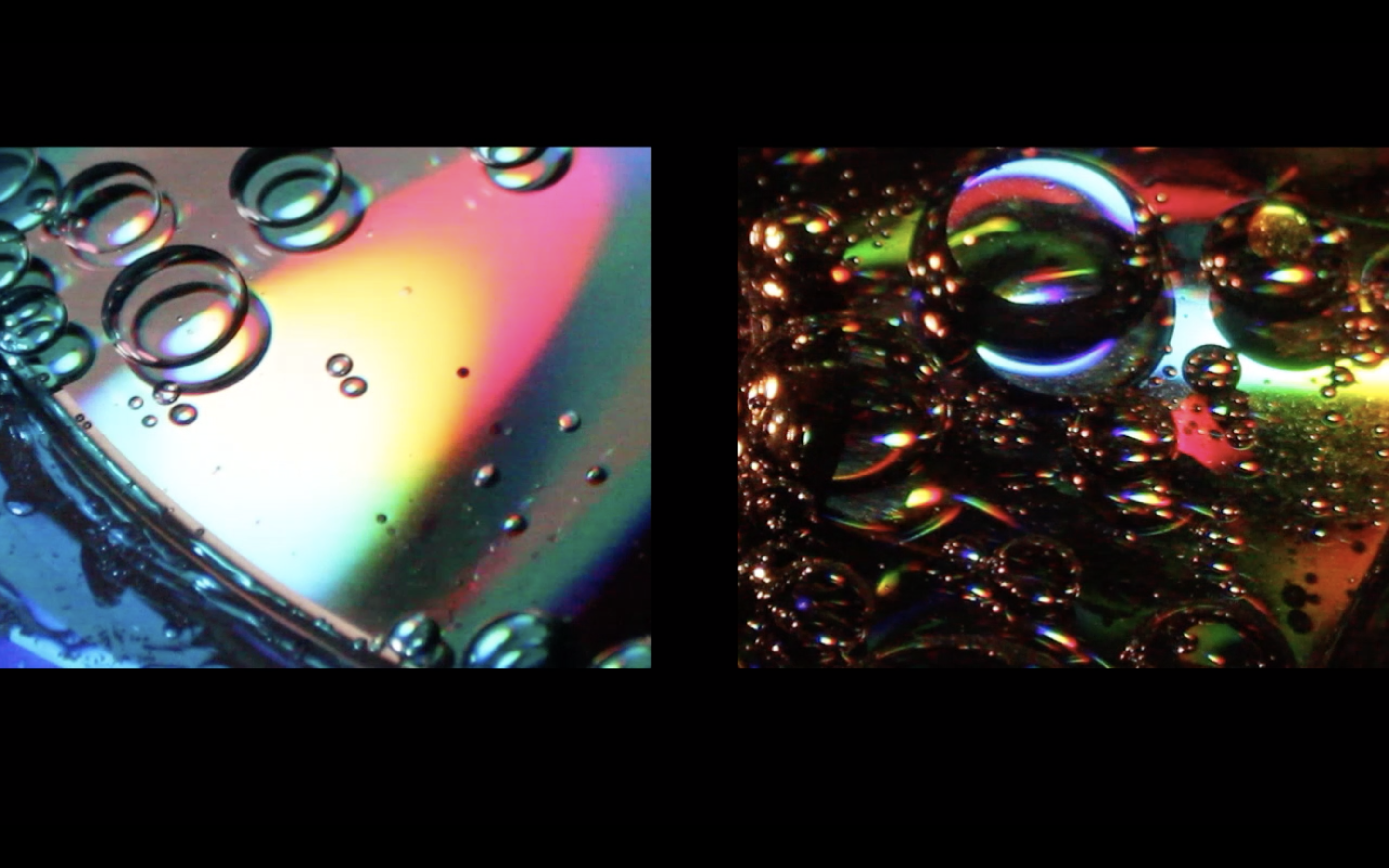 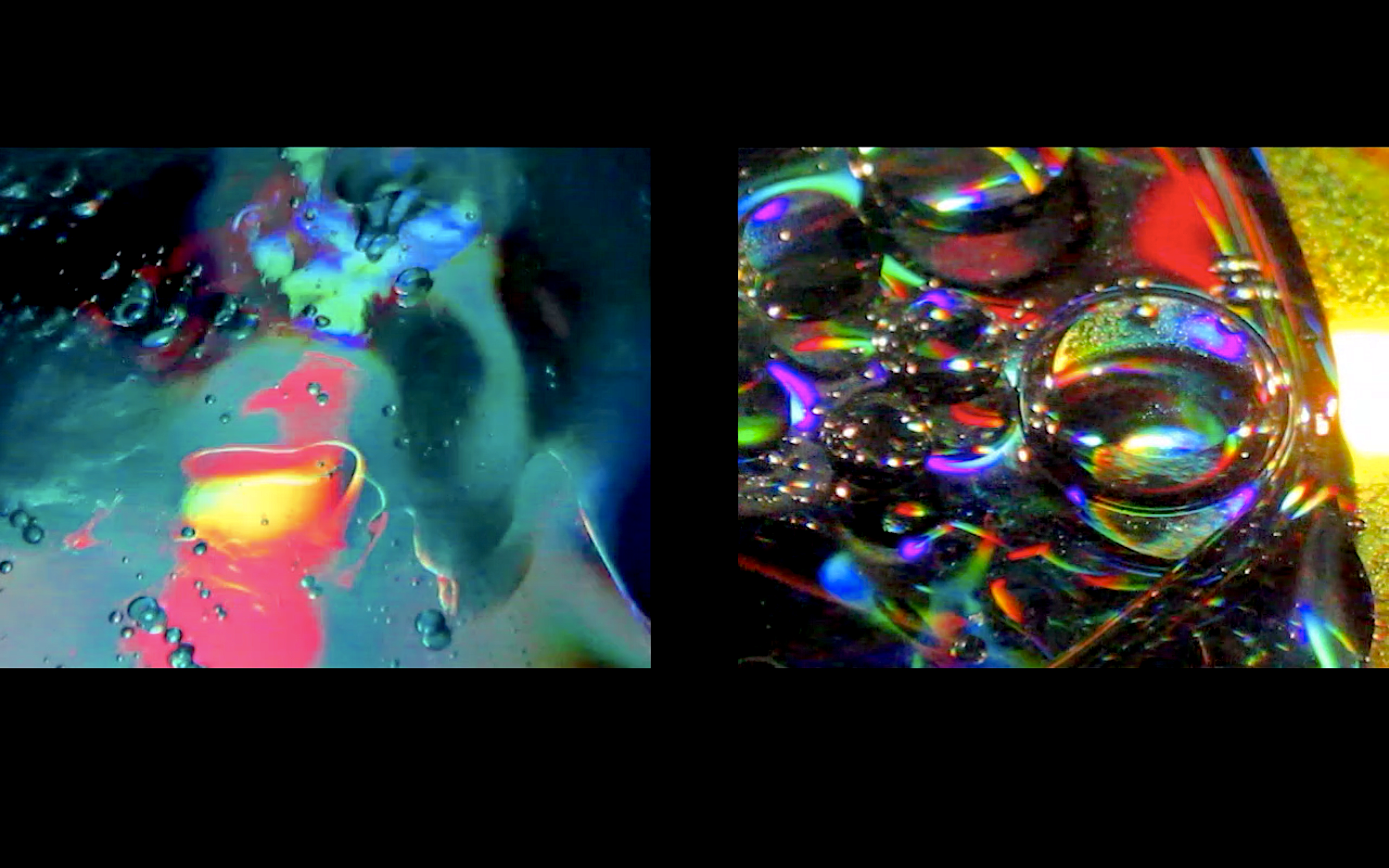 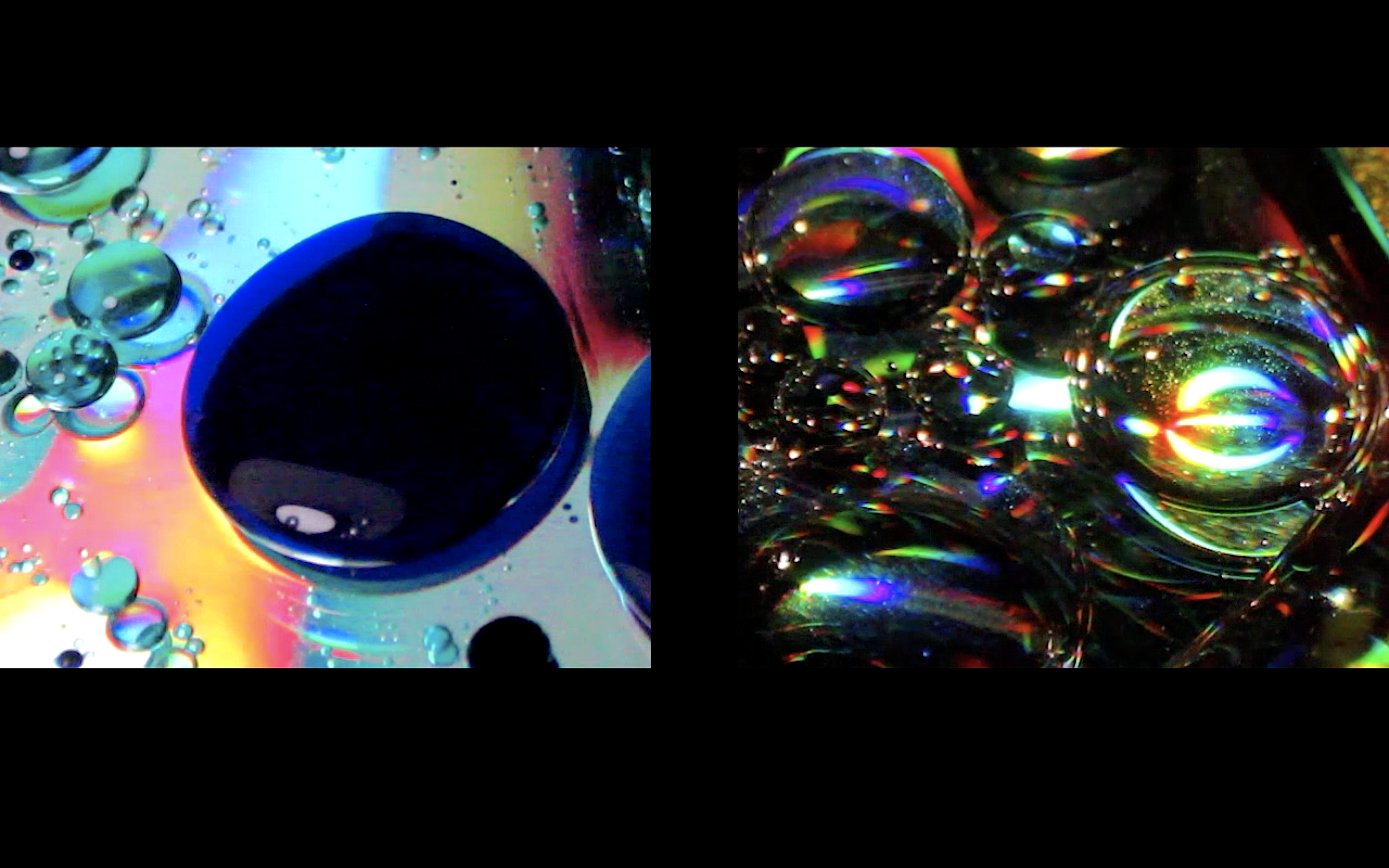 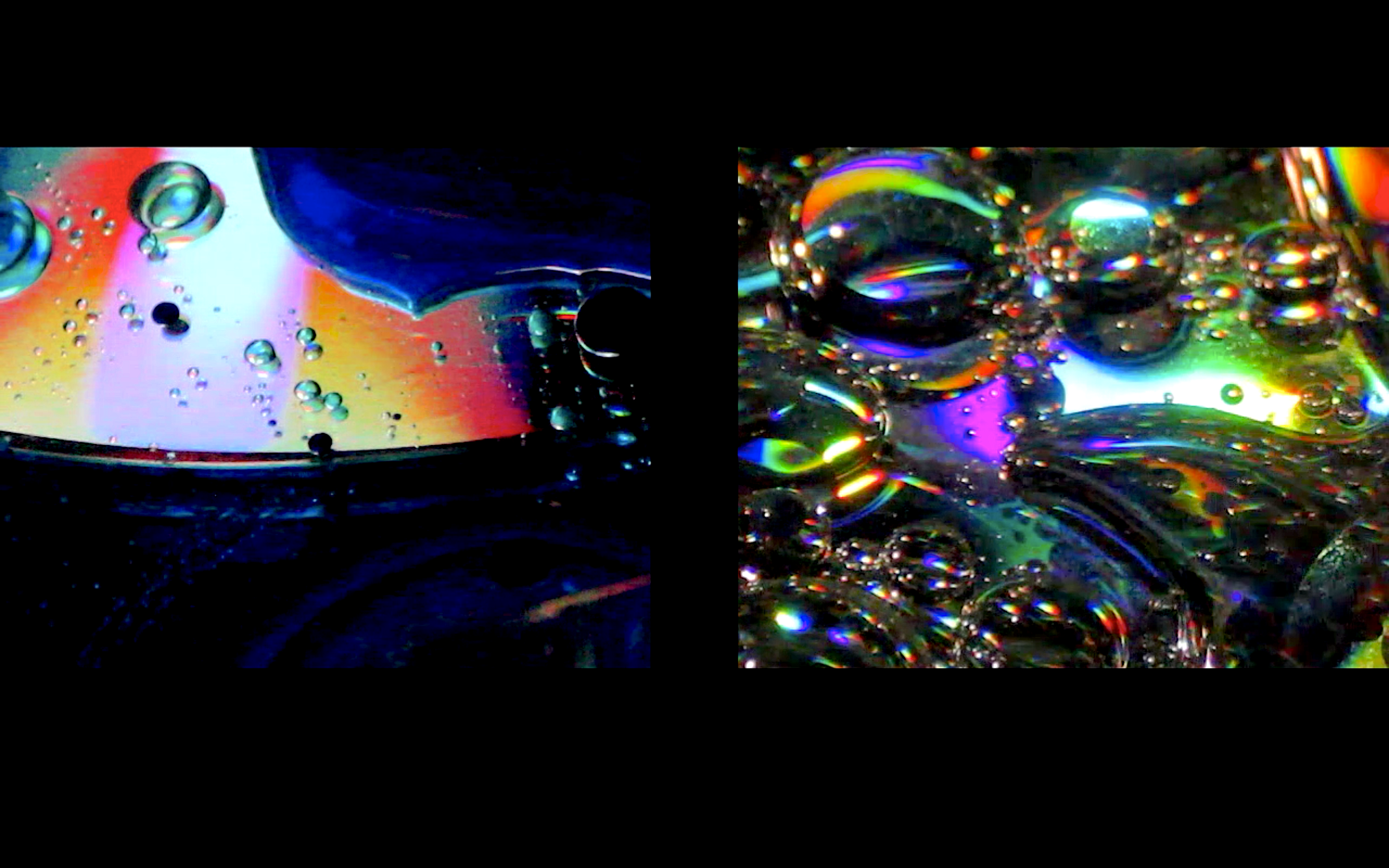 Diverted Units Is a serie of audiovisual pieces sculpted out of the crudest building blocks of electronic music; White noise and sinewaves. Hard, quantified units are linked together with pulsating timbres forming a sharp sequence of pieces. The series was finalized 2011 and released by sthlm/london label Holodisc 2016.

Music for Grand Piano and live electronics. The piece was premiered at Fylkingen 2013, performed by Lisa Ullén.

Music for disklavier and electronics